The way of the cross

"I simply argue that the cross be raised again
at the center of the marketplace as well as
the steeple of the church.
I am recovering the claim that Jesus was not crucified
in a cathedral between two candles,
but on a cross between two thieves;
on the town garbage heap;
at a cross-road so cosmopolitan that
they had to write his title in Hebrew
and in Latin and in Greek...
at the kind of place where cynics talk smut,
and thieves curse,
and soldiers gamble.
Because that is where He died.
And that is what He died about.
And that is where churchmen ought to be,
and what churchmen should be about" 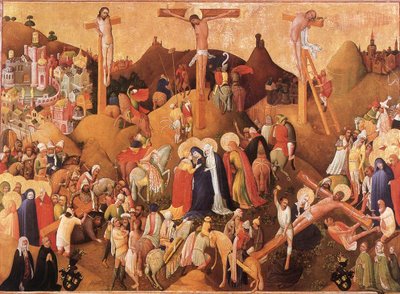