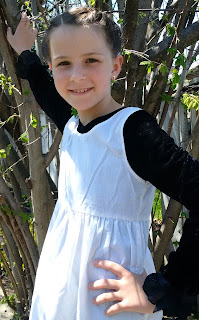 Controversy struck the set of CBC's hit show Anne this week as it was revealed lead actor Amybeth McNulty had no Prince Edward Island heritage.

"This is an outrage" huffed Angela McDonald, great-great-granddaughter of Lucy Maude Montgomery, as she protested outside the CBC building on University Avenue with a handful of relatives. "Islanders need to stick together and what they did is just wrong". CBC executives hurriedly snuck in a back entrance to attend a closed door meeting about the fate of their new hit show "Anne".

Released on CBC and slated for a later release on Netflix, "Anne" has been plagued with criticism from Islanders about McNultys Irish roots. "The girl is a green blooded carrot top!" shrieked Andrew Arsenault as he launched into a round of "From away! From away!".

After hours of deliberation, and extensive DNA searches, it was determined by CBC executives in Charlottetown that McNulty was not an Islander, had no Islander family or friends, had never visited the Island and could not locate PEI on a map. Having no choice, the broadcaster cut ties with the Irish actress.

In an official press release CBC named Anne finalist Olivia Cuthill to be the successor and fill in as the lead role of "Anne". "We feel the actor who plays Anne requires a certain Island heritage to understand Canada's Birthplace of Confederation. Olivia Cuthill has family on the Island, visits frequently, bought a PEI dirt shirt and even drank that horrible Raspberry Cordial we unload on tourists each summer"

After learning of her good fortune Olivia could not be reached for comment, but posted on her dad's facebook page: APRIL FOOLS