A food tour of Thorncliffe

Thursday's edition of the Toronto Star has a great article on Thorncliffe's South Asian Food variety - here. The best line in the article is the first one:

It's a striking statement and one that Jehad Aliweiwi makes over a Pakistani meal of haleem, shish kebab curry and chicken tikka masala at Iqbal Kebab & Sweet Centre...Statistics Canada predicts visible minorities (mainly South Asian and Chinese) will be the majority by 2017.That's already true in this little-known Toronto neighbourhood."This is maybe the true global village of the city," says Aliweiwi. "It's not a random neighbourhood with troubles or a bad reputation that's to be avoided. It's a neighbourhood with something to offer."

"This neighbourhood is 90 per cent Muslim," explains co-owner Jenny Hsiung, who comes from Calcutta and is happy to see Hakka (Indian/Pakistani/Chinese hybrid) taking off in Toronto...

Thorncliffe Park, which housed a farm that bred racehorses in the 1800s and then a racetrack from the 1920s to 1950s, retains a unique, circular feel. Aliweiwi loves how the area's apartment dwellers have taken ownership of its public spaces and, especially in warm weather, head out to stroll, chat and gather...

"As a cultural experience, the food and the people are something to be really proud of in this diverse city."

One omission from the article was the recent closing of Thorncliffe's Burger King, which was unable to compete in this South Asian community. That's today's Thorncliffe Park, that's the future of Canada.
Posted by Shawn Cuthill at 2/28/2008 11:26:00 PM No comments:

Email ThisBlogThis!Share to TwitterShare to FacebookShare to Pinterest
Labels: Thorncliffe

Hey everybody, we're on vacation in a top secret location. Be back soon.
While we're gone, check out the latest update from the Lego Bible - here
Posted by Shawn Cuthill at 2/21/2008 08:39:00 PM No comments:

Video of the week - Best Valentines present ever

My good friend Josh Duffy has an amazing post on his blog -here- about the real hero of Valentines day:

St Valentine of Rome lived some 200 yrs after Christ. In that time the Roman Emperor Claudius II proclaimed a law that young men should not be married because single men made for better soldiers than married men. Valentine continued performing marriage ceremonies and was found out and was eventually brought before Emperor Claudius. Claudius had great respect for this man of God and tried to get Valentine to renounce Christ so that he could spare his life. Valentine refused and in turn, tried to convert Claudius from paganism to Christianity. Claudius refused and subsequently had Valentine imprisoned.

In prison Valentine befriended his jailor's daughter, who was blind. He prayed for her and she was miraculously cured which resulted in the jailor's conversion to Christ. The night before Valentine died he wrote a note to her and signed it "from your Valentine". On February 14, 269 AD, Valentine of Rome was beaten with clubs and beheaded for his faith.

This story is much different than the one we think of on Feb 14. Let's get back to the root of some of these holidays we ignorantly celebrate.

Over the past few years on this blog and on the forum - here - I've been digging in to the "early church". It seems I'm not alone. New forum member Elisa tipped us off to the cover story of this month's Christianty Today. The article focuses on this trend, a new generation looks for much deeper roots than their denominations offer. Here is an excerpt from the CT Feb08 cover story:

In Massachusetts, Campbell spoke with Sharon Carlson, a young woman raised in the Plymouth Brethren movement, a free-church tradition that eschews liturgy, tradition, and hierarchy. Carlson described the Communion experience as "tearing up bread and passing around cups of grape juice after men in the assembly spontaneously stood and repeated the words that they felt prompted by the Holy Spirit to say," and she felt that was no longer enough. As Campbell reports, " 'I want to be more connected to history, the history of the Christian church,' said Carlson, who relishes the knowledge that she is worshiping the way Christians have for centuries. 'There have been generations of people before me saying the same prayers.'

How do you feel about this trend to discover the ancient? As Protestants do we get frightened by reading about the ancient (Catholic) church? Or is it helpful to rediscover how people did church in the first century? Isn't that what the brethren movement was all about? Post your thoughts in the comments below or on the forum - here
Posted by Shawn Cuthill at 2/12/2008 09:37:00 AM No comments:

Money Matters reports which candidate "unquestionably" would be best for investors

On the Republican side, the picture is pretty clear. Ron Paul was unquestionably the most investor-friendly candidate based on the fact that his plans to downsize the government and end the United States’ Middle East involvement would both increase the resources available for the private sector and reduce the burden on taxpayers.

I just added a little widget to my blog so you can all rate my posts. At the bottom of each post will be a starry scale from 1-5 measuring the level of awesome contained in my writings. 1 is really bad, 5 is really good. Give it a try!!
Posted by Shawn Cuthill at 2/11/2008 02:46:00 PM No comments:

Today's sayings come in picture form. For homework Lukas had to write down what he would wish for if he had three wishes. Here they are:
(click for larger image) 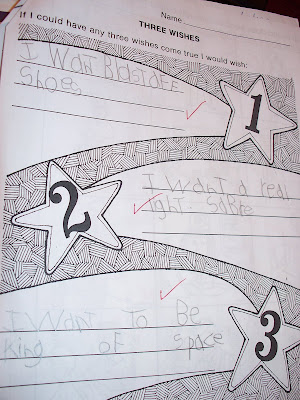 Email ThisBlogThis!Share to TwitterShare to FacebookShare to Pinterest
Labels: The sayings of Lukas

Then I had a life-changing incident in 2006, when I was stopped at an airport in New York and prevented from boarding to my airplane because my T-shirt had the words "we will not be silent" in both Arabic and English printed on it.

A TSA [transportation security officer] told me that coming to a US airport with Arabic words on my T-shirt was equivalent to visiting a bank while wearing a shirt that read "I'm a robber".

After making me cover my shirt, the officers changed my seat from the front to the back of the airplane. 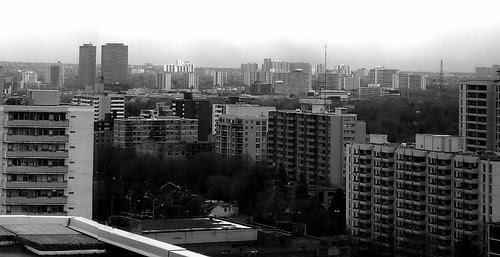 I found this article called "Concrete City" about how architects are talking through making high-rises green. It features a great picture of Thorncliffe.
Posted by Shawn Cuthill at 2/04/2008 04:15:00 PM No comments:

Email ThisBlogThis!Share to TwitterShare to FacebookShare to Pinterest
Labels: Thorncliffe

Islam had a better 20th century than Christianity. The world's Muslim population grew from 200m in 1900 to its current levels...Islam's expansion has mostly come about through population growth and migration, rather than conversion...Many Christian scholars predict that Islam will overtake Christianity as the world's largest religion by 2050

Well who would have guessed that Ron Paul would still be in the Republican race after Rudy, Fred and many others have dropped out. Today marks another in a long line or Ron Paul money bombs - here that have helped him shatter single-day fundraising records.

Please, if you live in the US and haven't done so already, take another look at Ron Paul before Super Tuesday. As a Canadian I am quite concerned about what will happen to the US if they don't get their house in order and Ron Paul is the only candidate who can make that happen...or at least that's what the latest endorsement from the National Taxpayers Union states - here:

According to a report released Tuesday by the National Taxpayers Union, Texas Congressman Ron Paul is the only remaining presidential candidate who proposes net spending cuts. According to the report, Congressman Paul’s proposals would cut government spending by over $150 billion, a conservative estimate of the spending reductions Dr. Paul has proposed. The report concludes that the other remaining Republican candidates, Romney, McCain and Huckabee, have proposed spending increases of $19.5 billion, $6.9 billion and $54 billion respectively(eek!!) . In ten terms in Congress, Ron Paul has never voted for a tax increase or for an unbalanced budget

Here's the video from the latest Republican debate:


Ron Paul is a medical doctor who has delivered 4,000 babies before entering politics and he is endorsed by Roe (of Roe v Wade) as the best pro-life candidate. He's been a congressman for 10 terms and never voted for a tax hike or unbalanced budget.

But if you're still not sure who to vote for take this Survey - here and find out who's policies you most align with. Happy Super Tuesday everyone! :)
Posted by Shawn Cuthill at 2/01/2008 12:24:00 AM No comments: