Well well well, chalk one up for the B-unit.
Last night was the "Great Pumpkin Hunt", which is an event held annually at Sanctuary, and organized mainly by Don Valley Bible Chapel. The idea behind the event is that different youth groups converge on the Toronto subway system for a scavenger hunt to find "the great pumpkin". This is a way for youth to not have to be forced to celebrate that old pagan holiday, which falls on October 31st (see below), but do something fun in it's place. Teams of 4 or 5 have a list of clues and must ask people in the subway "Have you seen the great pumpkin". Once the teams have collected all the clues, they discover a code and race to the final station to find the actual pumpkin. Winners are rewarded hansomely for the embarrasment of bothering complete strangers all night.
I believe this has something to do with the Charlie Brown - Great Pumpkin TV show, although I've never seen it. 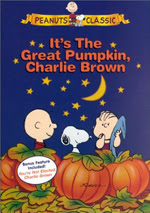 Participants from Kitchener (Joe Boyacheck), Elmira (old Wishing Well guy), Scarborough (Brent Hargreaves - new Wishiing Well guy) and Noth York (Spov/Keith & Matt Craig - Don Valley) rounded out the list of contestants this year - and for the first time ever Bridlegrove (the B-unit) made an entry. We had 2 van loads of kids, which made for 2 teams - Hayley, Josh, Kelly, Dominique and Sabrina; Shawn, Clayon, Michelle, Nilanie and Alexandria (Connie & Tricia stayed back). Seeing as we had never participated, our hopes weren't that high that we would take home the pumpkin. We headed out, like the other teams, in a frantic scramble. While there was no running allowed, that didn't stop Josh Harding

aka "Sargeant Swift" from running directly into a TTC driver and spilling her coffee all over herself.

As the night progressed it became evident that the 2 Bridlegrove teams were far superior and far ahead of the others! Our knowledge of the TTC allowed us to be more creative than other teams. Without knowing it, both our teams decided to split up and collect the clues seperately to save time, where as most teams stayed together so they wouldn't get lost. While on the train Michelle Ali prayed that we would win, which made the difference! If God is with us, who can be against us! Thank you Jesus!!

In conclusion, both Bridlegrove teams arrived at the last station at the SAME TIME! What ensued was a frantic chase to find this pumpkin. It was like a scene from chariots of fire. Up the stairs, down the stairs, East, West, yelling, asking. Thankfully Michelle Ali recognized the person holding the pumpkin and i was able to bound up the stairs and be the first to get to him!! Josh was close behind and so Bridlegrove (B-unit) had ended up 1st and 2nd place!!!

Shawn, Michelle, Clayon, Nilanie and Alexandria each recieved a 25.00 gift certificate at either HMV or Sportcheck, while Josh, Hayley, Kelly, Dominique and Sabrina each receieved McDonalds gift certificates. Josh was also awarded the title of "most spirited" participant, which felt almost as good as the sweat running down his back :)

So there you have it, quite a "first impression" for the B-unit. Hopefully the other youth groups won't be too embarrased and will invite us back next year :)